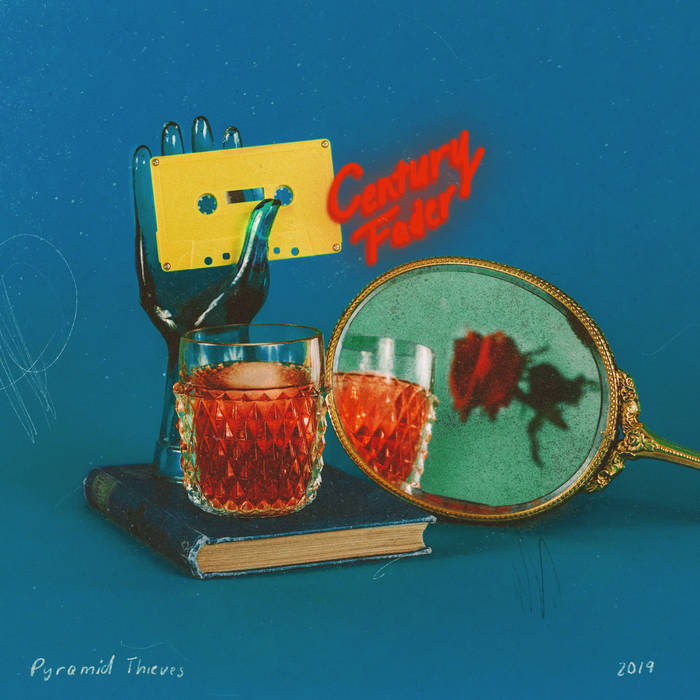 Century Fader, released to all major streaming platforms on September 6, 2019, is the debut full-length album from Pyramid Thieves—a Boston-based synth-pop quartet that is rapidly building a devoted fan following through energetic live shows, cinematic melodies, and soaring hooks. Spanning 12 tracks and clocking in at just under an hour, Century Fader wastes no time introducing Pyramid Thieves on “An Ending,” an ironically-titled opener with a ‘machine gun’ snare that bursts through an exuberant piano line, launching listeners headfirst into the pulsing groove of an aged-out, alcohol-soaked house party.

Pyramid Thieves was formed in late 2016 by Joey Sawyer, Josh Cornell, Nick Maloney, and Chris Bouchard after the longtime friends and lifelong musicians graduated college and settled in the Boston area. Listening to Century Fader, it’s no surprise that three of the four members also come from film backgrounds. The grand, off-kilter keys are reminiscent of iconic analog synth scores from 80s and 90s classics, and they pair with gargantuan, reverb-infused drums to paint sonic landscapes that are sprawling in emotional scope while remaining tightly coiled with confidence. The tremendous energy of the rhythm section contrasts with the processed, yet raw, guitar tones and lyrical themes of anxiety and nostalgia, growing older (and maybe wiser), bittersweet endings and new beginnings.

Century Fader was self-produced in a sweltering basement throughout the summer of 2018, mixed by drummer Josh Cornell, and mastered at Mobtown Studios by Mat Leffler-Schulman.

Written and performed by Pyramid Thieves

Pyramid Thieves is a Boston-based band with a synth-pop sensibility.

Bandcamp Daily  your guide to the world of Bandcamp

Cannibal Corpse's George "Corpsegrinder" Fisher stops by for an interview